Taken at lunchtime today in one of the courtyards at the University of New England, we see that Autumn’s coming to a close. It was overcast most of the day today but I caught the 30 seconds of sunshine to take this photograph.

[I’m now back on the air. After nearly three weeks my Macintosh has been returned after undergoing a repair which should have taken two or three days. I’m not impressed to say the least]. 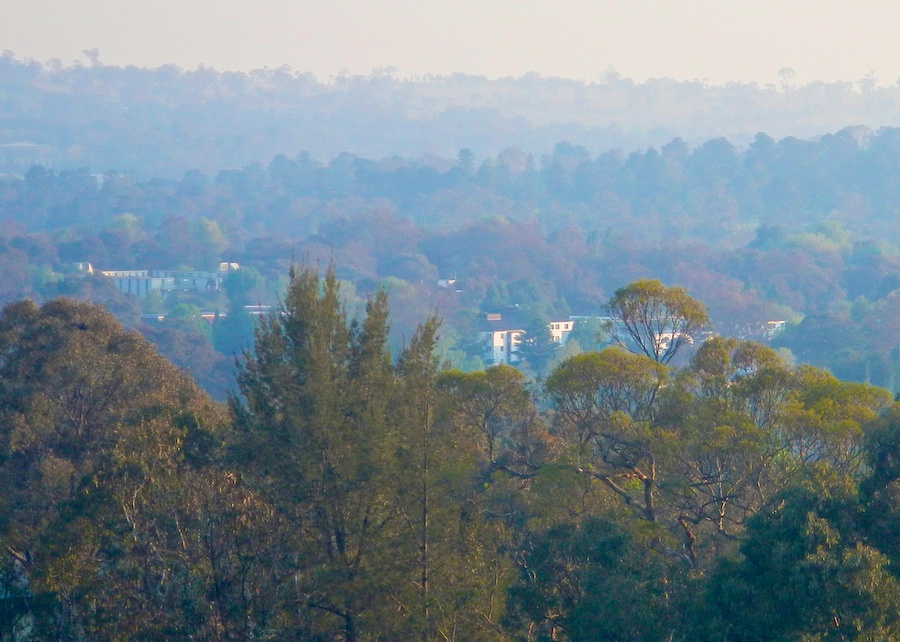 There were several bush fires in this area earlier in the summer season. Here we have a smoke haze adding some atmosphere to the view looking south from the centre of the University of New England main campus across Dumaresq Creek to the university’s residential campus where 2,100 students live during term time. 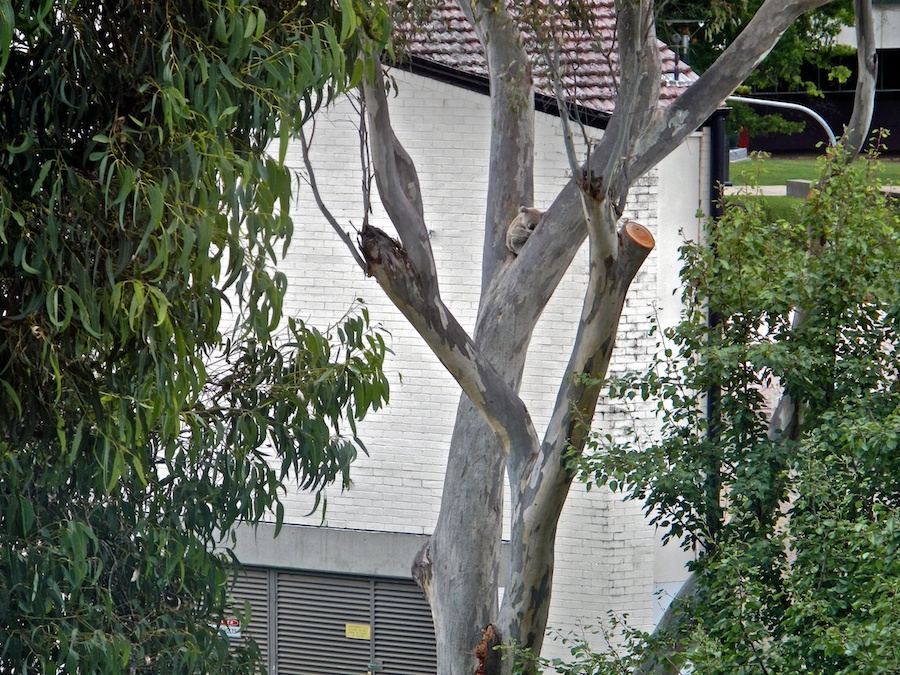 Koalas aren’t uncommon on the campus of the University of New England these days. They can usually be spotted by finding poo pellets under a tree, or by the number of international students congregating under that tree and taking photographs.

This image was taken from my office window.