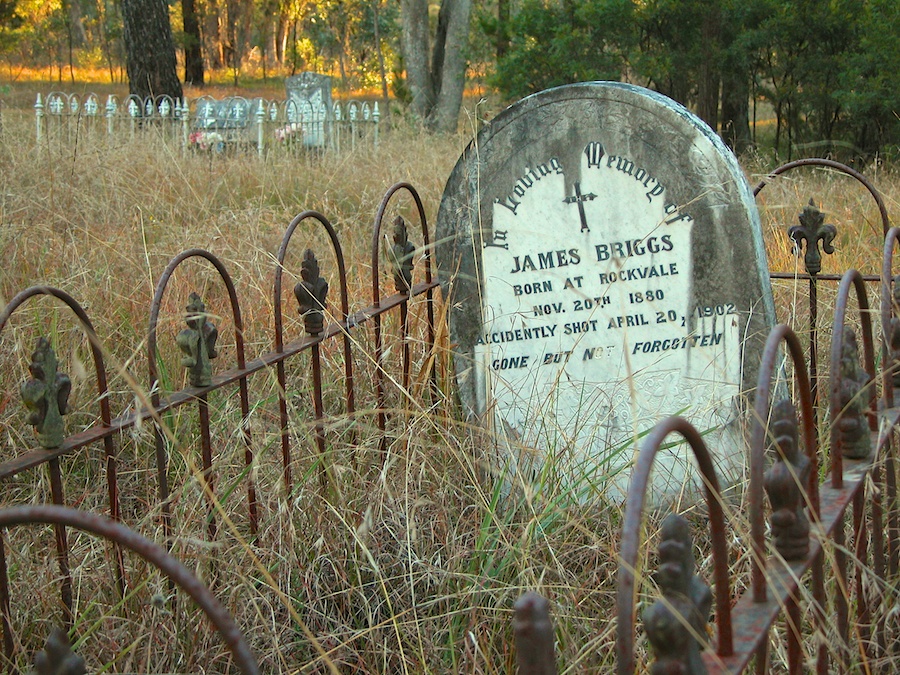 A headstone in the Hillgrove Cemetery tells us that James Briggs was accidentally shot on April 20, 1902.

A little more detail comes from the Sydney Evening News of April 23 1902. It tells us (twice): 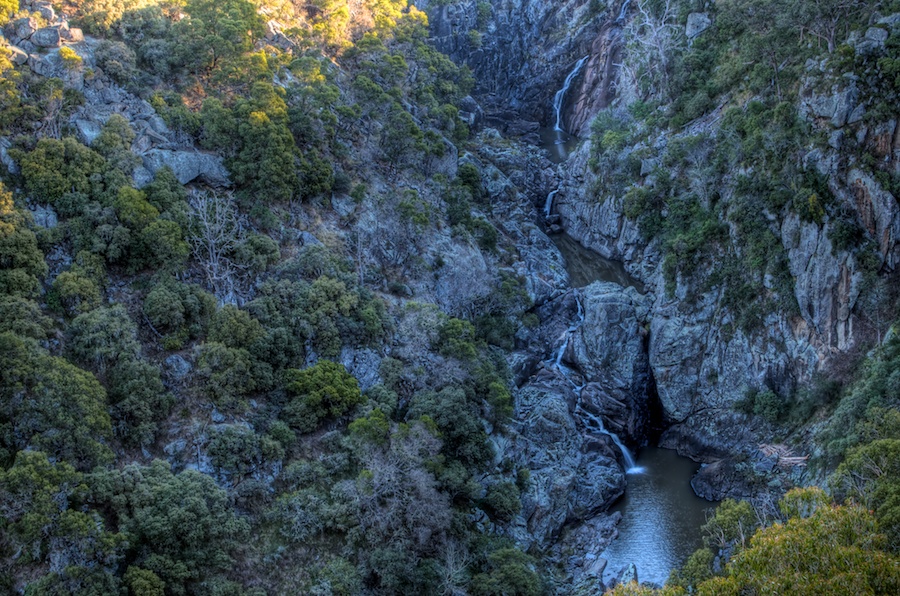 Down below, in the shade, are the Baker’s Creek Falls. Don’t be fooled by this image; when you’re down the bottom of the falls, looking up, those falls are quite a drop. 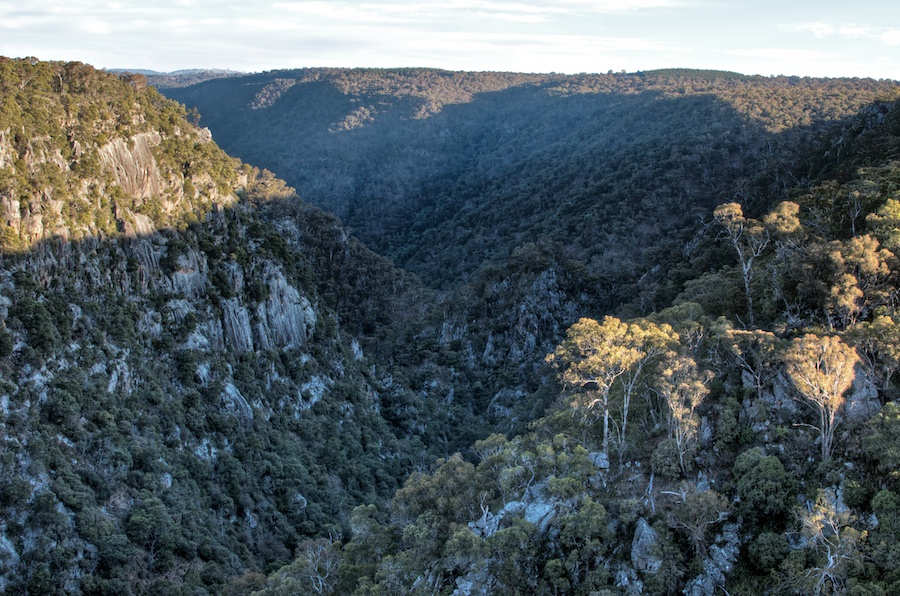 Looking down Baker’s Creek gorge, with Bakers Creek Falls out of frame on the right.