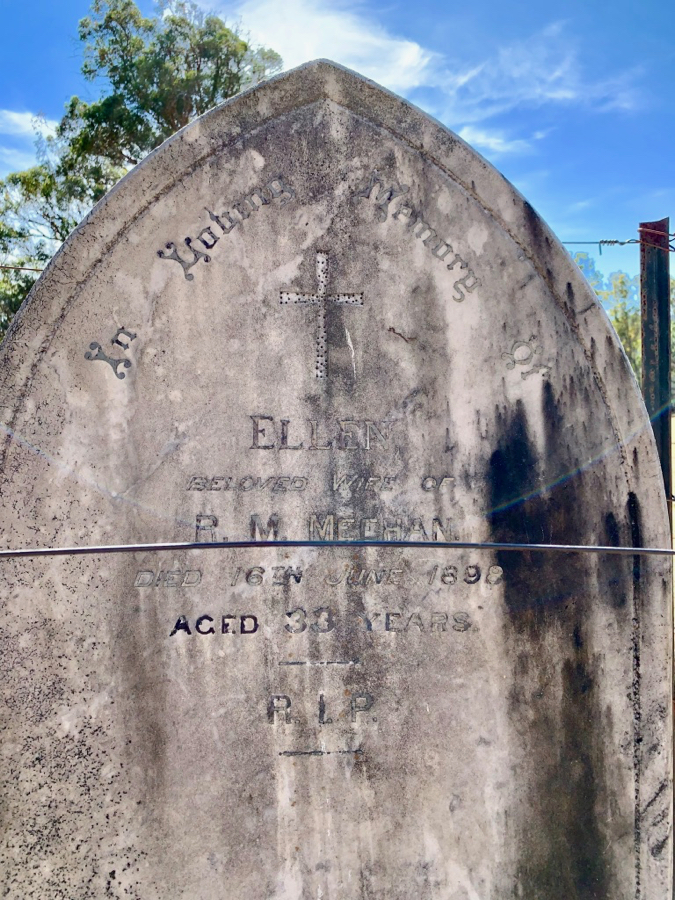 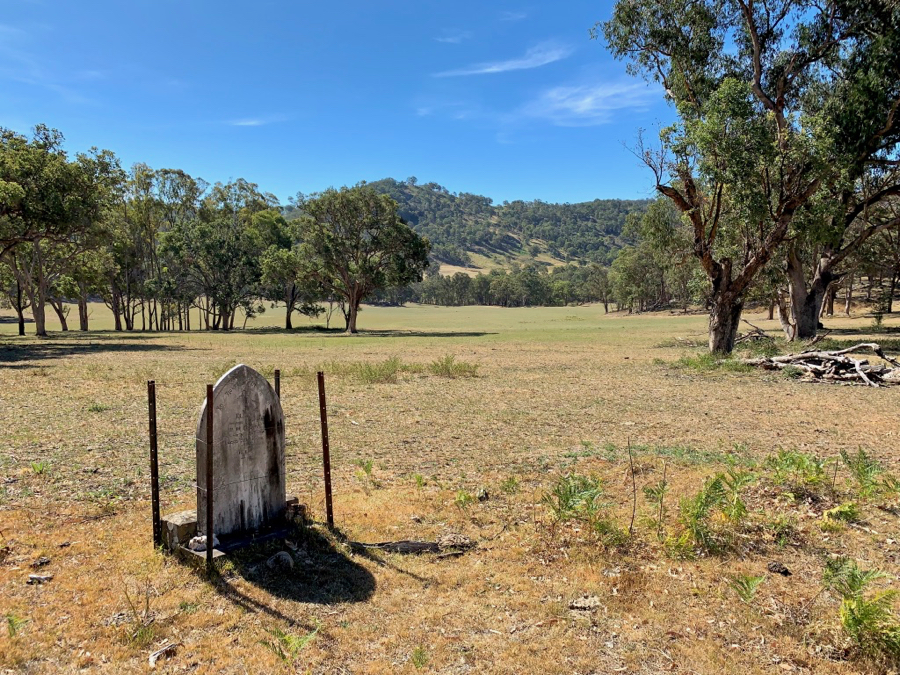 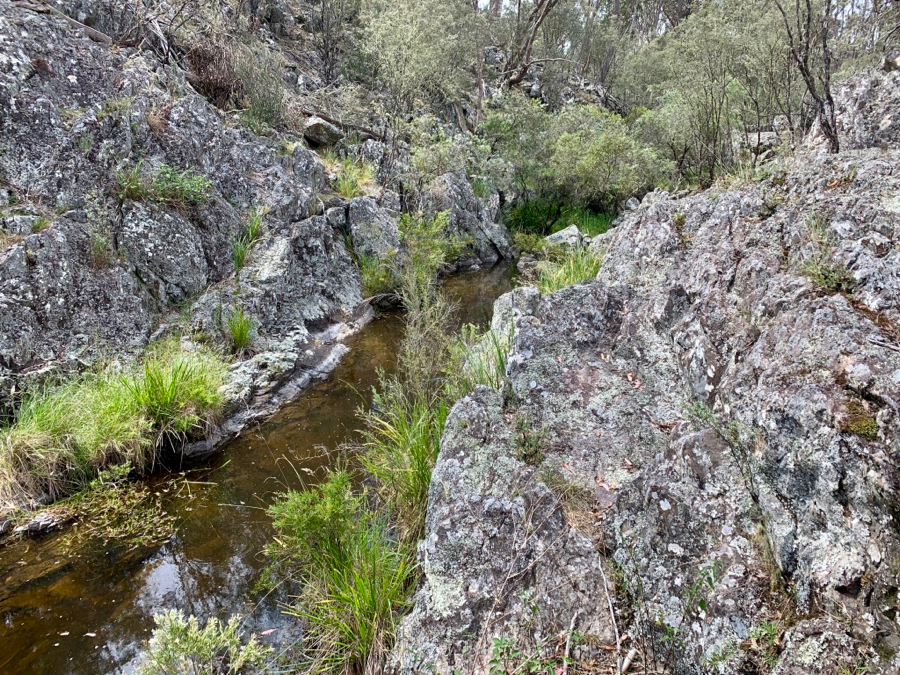 Our property is not all undulating grass- and woodland. It transforms to become a mini-gorge with a small creek flowing through it. There’s hardly any flow in the creek at the moment given the drought of the past few years. 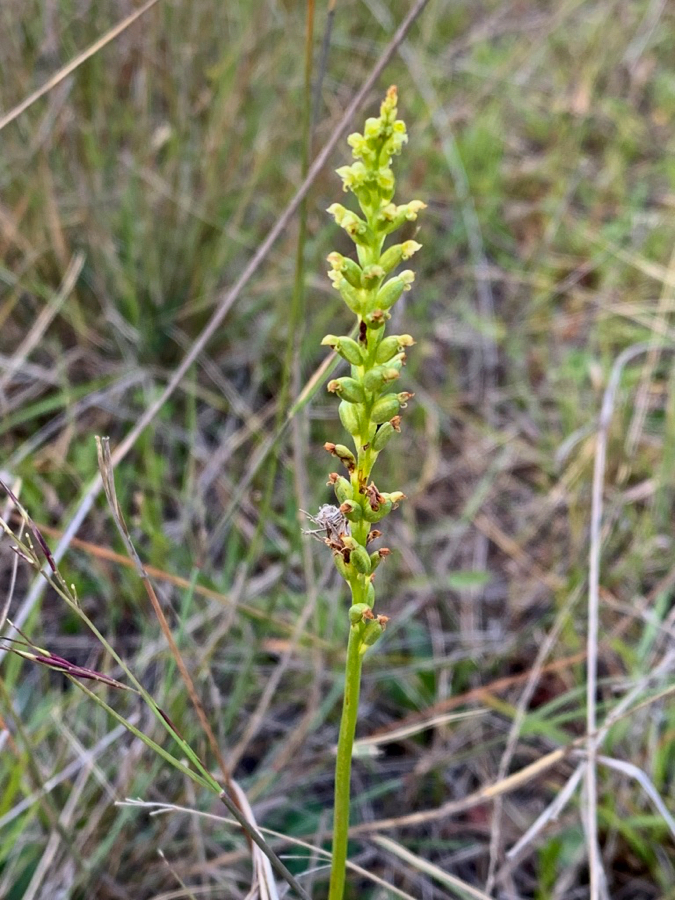 Another new-to-me terrestrial orchid found around the property. I’ve known about this plant for some years now – but I didn’t know it was an orchid until recently. It’s an Onion Orchid (Microtis sp.) – probably M. unifolia.