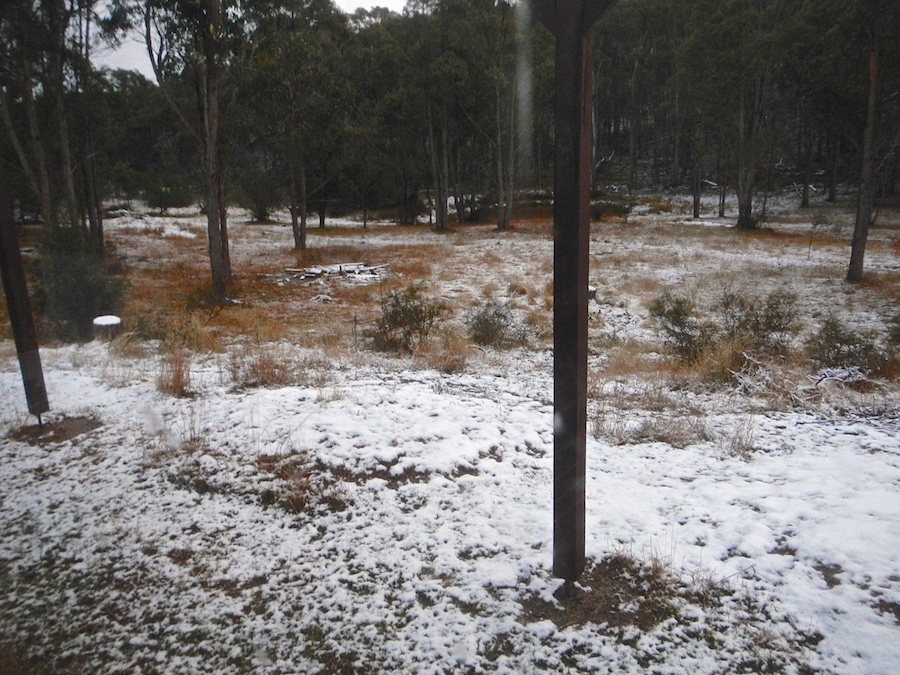 The last major snowfall here was in 1984 when snow lay on the ground for two or three days (and caused havoc on the roads (and cross-country skiing in the streets)).

We’ve had a few falls of snow in the past weeks but other than in a few of the higher spots around the area, it’s gone by mid-morning.

This photograph was taken looking to the north of the house just before sunrise on one of those snowfall occasions.

1 thought on “A dusting of snow”