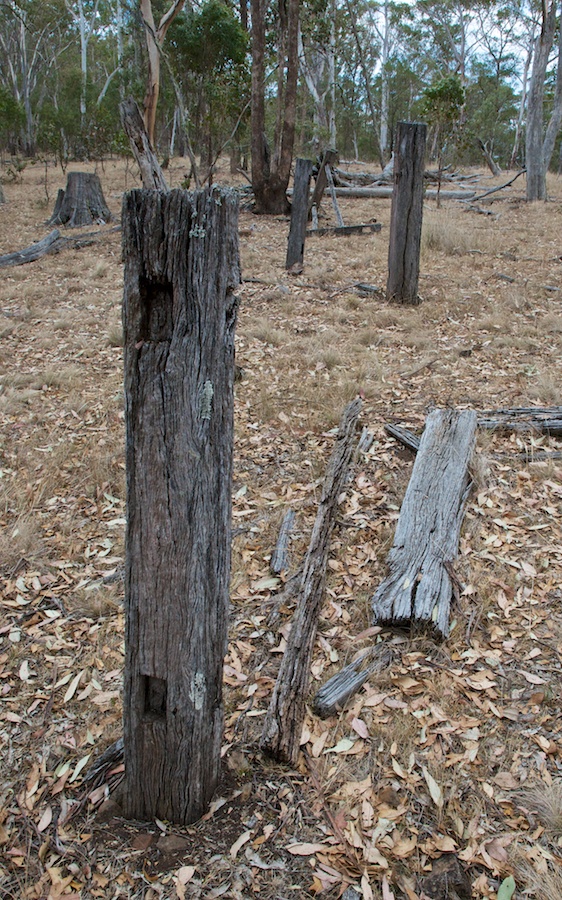 We live only a handful of kilometres away from an area which once produced a large quantity of gold (reputedly around 15 tons). Hillgrove (originally named Eleanora Township) was the first township that was built to support that mining industry. Some years later a township was built immediately across the gorge from Hillgrove and was named Hillgrove West – then renamed to be Metz.

The cemetery for the township of Metz was laid out by Government surveyors and the cemetery was formally dedicated on February 20, 1894. The gold didn’t last forever and the township withered away – the population moving elsewhere, perhaps following the next big promise of gold. The cemetery dedication was formally revoked on August 3, 1934. 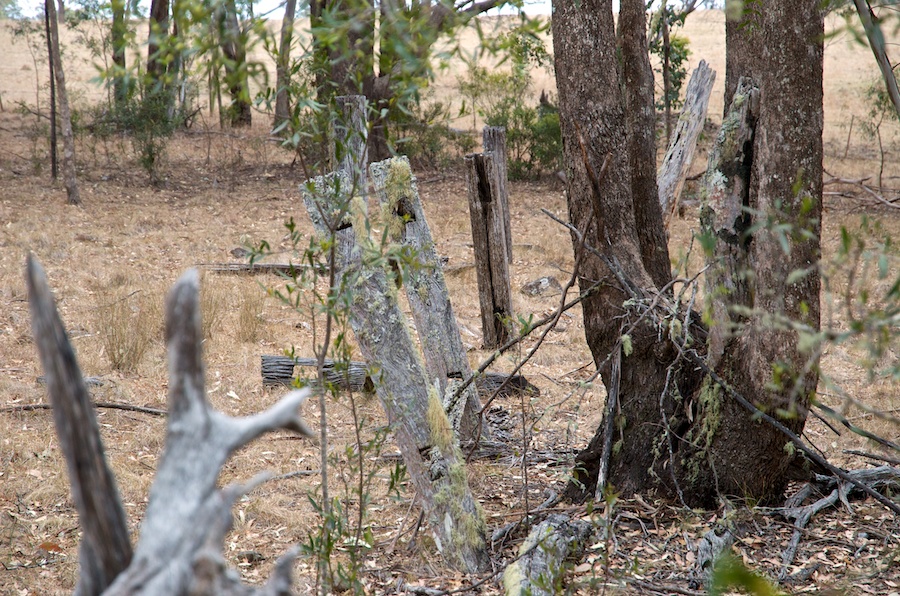 These photographs record the line of posts which are the remains of the fence that marked the formal entrance to the cemetery.