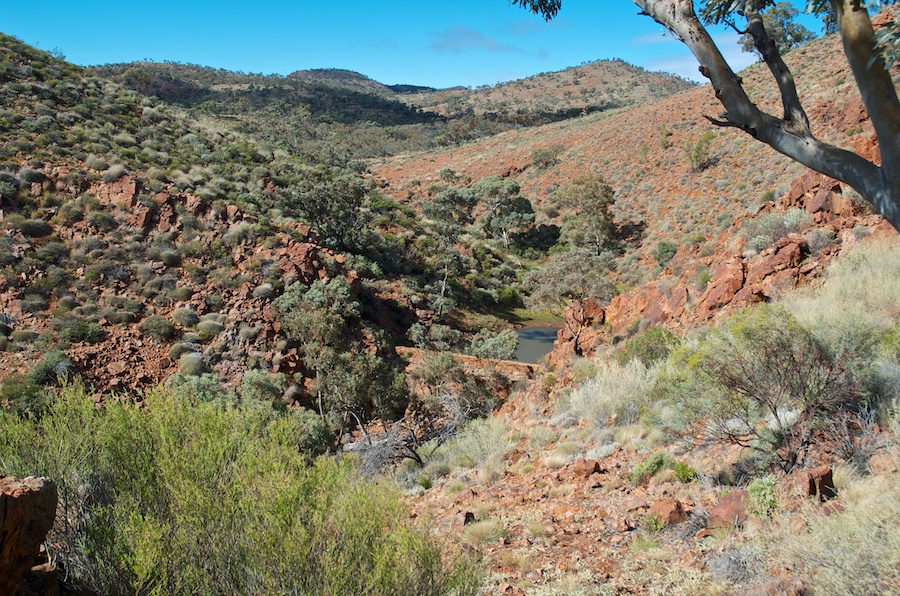 I’ve stopped at Wheal Turner Mine near Arkaroola a few times now. I thought that I knew that area at least slightly well. Imagine my surprise when I went “round the back” of the hill into which the mine is dug to find this dam (centre of photograph). It’s only after a couple of years of wetter than average rainfall that the dam has filled. 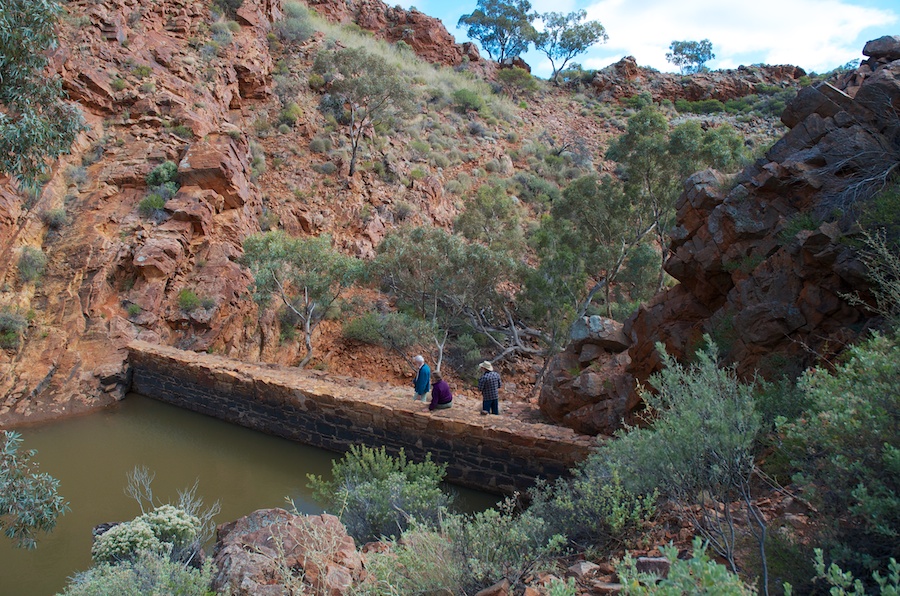 Detail of the dam wall seen in the previous photograph. It’s believed to have been constructed towards the end of the 19th century, and raised in height in the 1930s/40s.