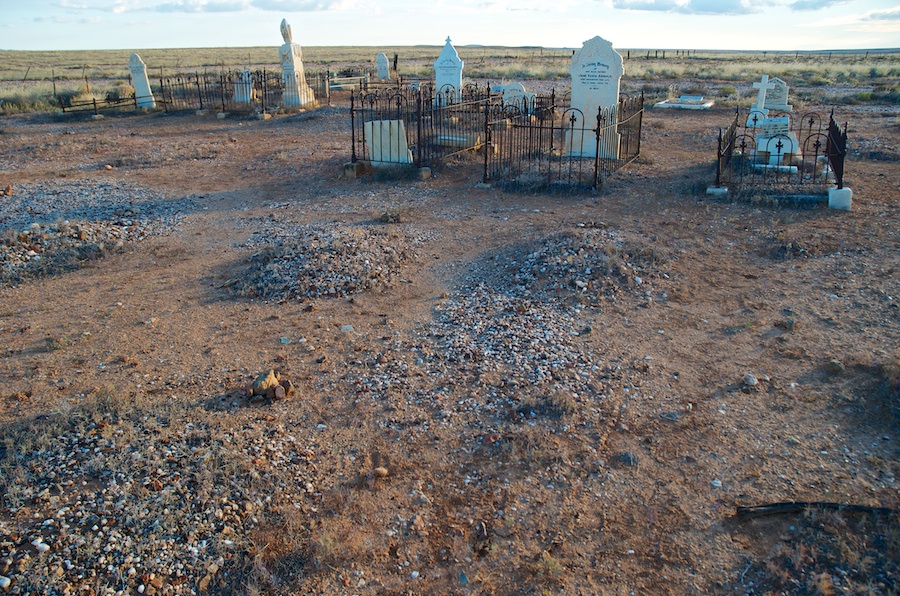 We had planned to travel further north up the Oodnadatta Track but rain and road closures changed our plan slightly. We stopped for the night at Marree, South Australia, before turning back south. One surprising change to the tiny town, population 70, was the number of demountables (pre-fabricated cabins) now being used to accommodate those people who were being flown out to view the inland sea (of sorts), Lake Eyre.

One of my favourite stops in such out of the way places is the cemetery. They’re so full of character, history, and stories untold. This marker is for “Wahub”, an Afghan, no doubt one of the cameleers who helped open up the country in the latter part of the 19th century.