We’re in Springsure, Queensland, (population ca. 800), for a couple of nights. It’s an opportunity to take a closer look at the community. 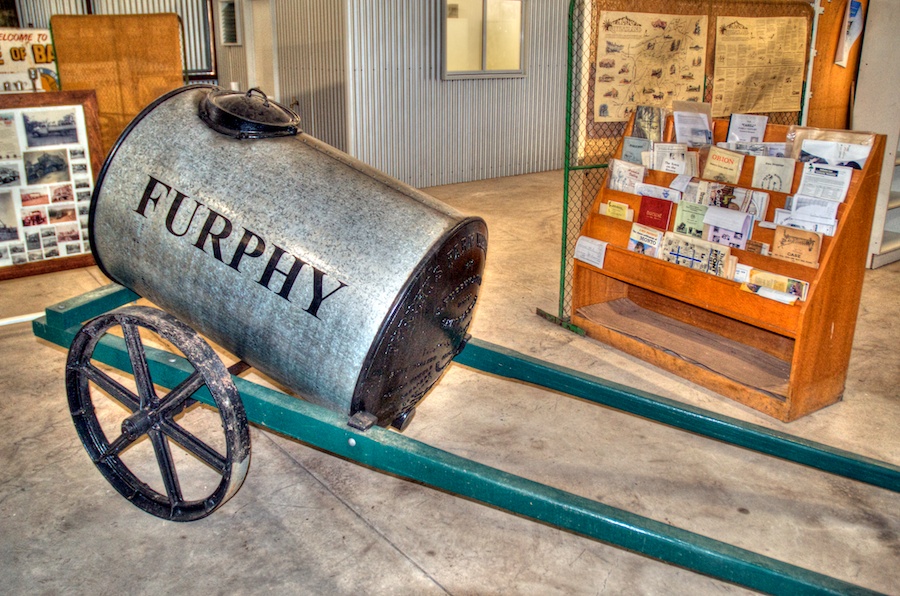 In Australian slang, something’s “a furphy” if it’s incorrect or misleading. The original Furphy, though, is a water cart made by a company started by John Furphy in the latter half of the 19th century in Victoria. 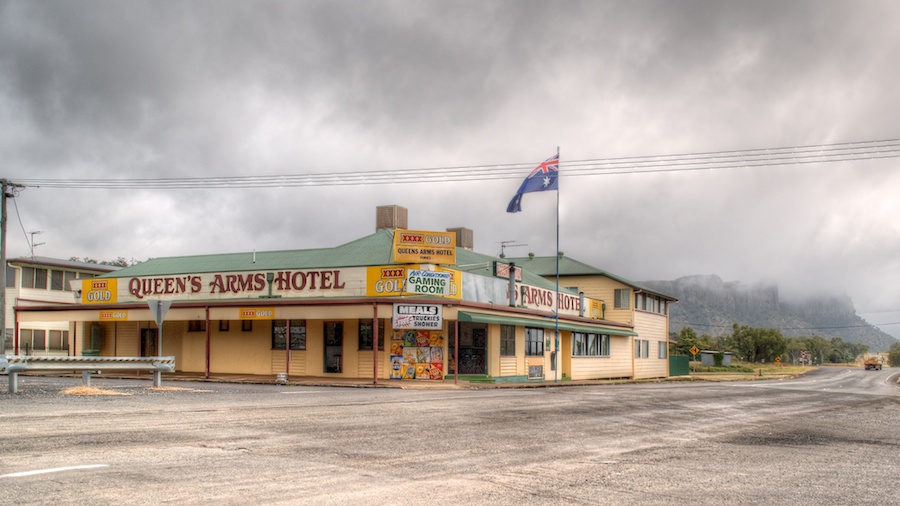 The Queen’s Arms Hotel where were excellent evening meals are served. 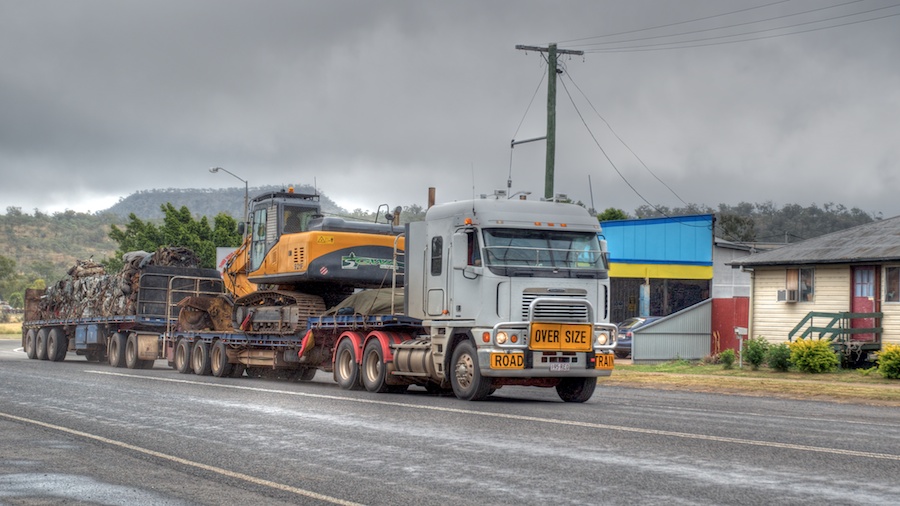 … and, of course, a mandatory photograph of a double road-train.