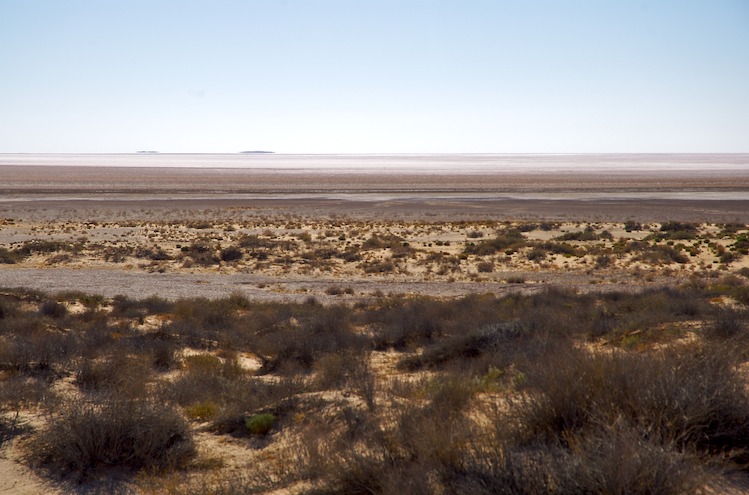 Heading north-west along the Oodnadatta Track sees us adjacent to the southern edge of Lake Eyre South which, under normal conditions, is a dry salt lake. Once every ten years or so, water enters the lake system from the Channel Country far to the north. At this time freshwater begins to fill the lakes (from the northern end) and bird and animal life makes merry with the abundance of food.

This year has seen an above average rainfall in the far north but no water has yet reached the southern extreme of the Lake – and it probably won’t.