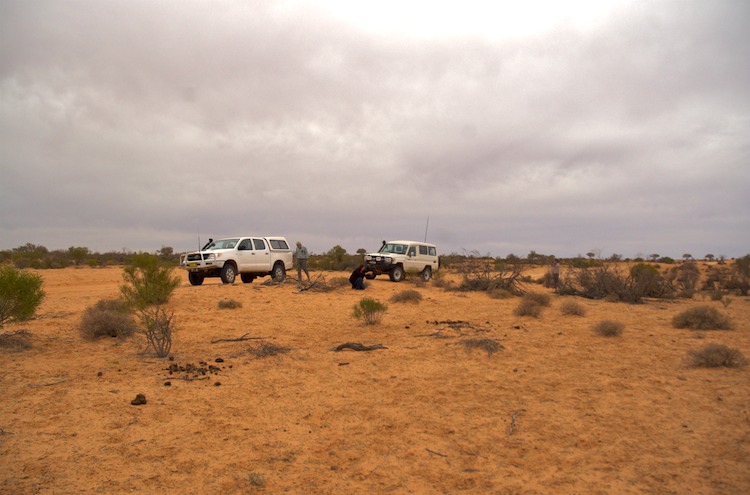 Once again, the intrepid adventurers set out to explore some Outback areas in east-central Australia. This year we started by heading west into Outback New South Wales rather than north into Queensland as we had done in previous years. From Armidale we headed to Bourke on the first day of the trip, then Wanaaring and Tibboburra on day two.

A problem with travelling on such Outback tracks is that, should there be a non-trivial amount of rain, the surface turns to gluggy mud which closes the roads and leaves travellers marooned for up to a week or so. As seen from the photograph, the sky looked quite ominous (though it didn’t actually translate into much rain).